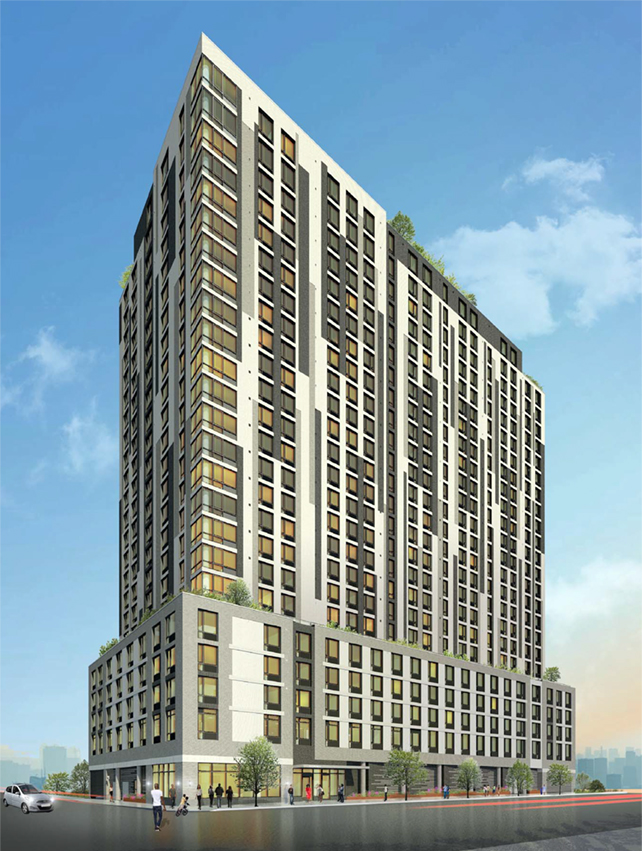 Queens Borough President Melinda Katz is fond of saying that the world comes to Queens. Certainly development is making its way to southeast Queens, to Jamaica, as the Housing Partnership is pleased to serve as the nonprofit partner on its third transaction in Jamaica, this time with Artimus Construction. Artimus is constructing a new rental tower at 147-20 94th Avenue, where it will build an apartment building with 380 residential units. The project site is located on 94th Avenue, between Sutphin Boulevard and 148th Street in Jamaica Queens.

Construction will begin later this year on a new mixed-income 25-story high-rise tower of 345,000 square feet. The project will also contain 100+ parking spaces on the ground floor and many amenities including lounge, children’s play room, fitness center, courtyard, laundry, tenant storage, and rooftop access. The project will be financed through HPD Subsidy and HDC bonds/subsidy. All the units will be affordable to households earning between 60% to 150% of Area Median Income (AMI). GF55 Partners will be responsible for the design. The city rezoned downtown Jamaica in 2007, just before the recession swept away development prospects and funding that might have improved the neighborhood’s streets and schools.

The project will be a huge boon for this area, which is still fairly industrial. Jamaica is one of the most affordable corners of Queens, and more units here will mean more reasonably priced apartments for working and middle-class families. The 25,000-square-foot development site is only minutes from the Jamaica train LIRR station and subway.