LETTER FROM THE BOARD CHAIR

A Time of Transition:
Jamie A. Smarr Named President and CEO of the NYC Housing Partnership 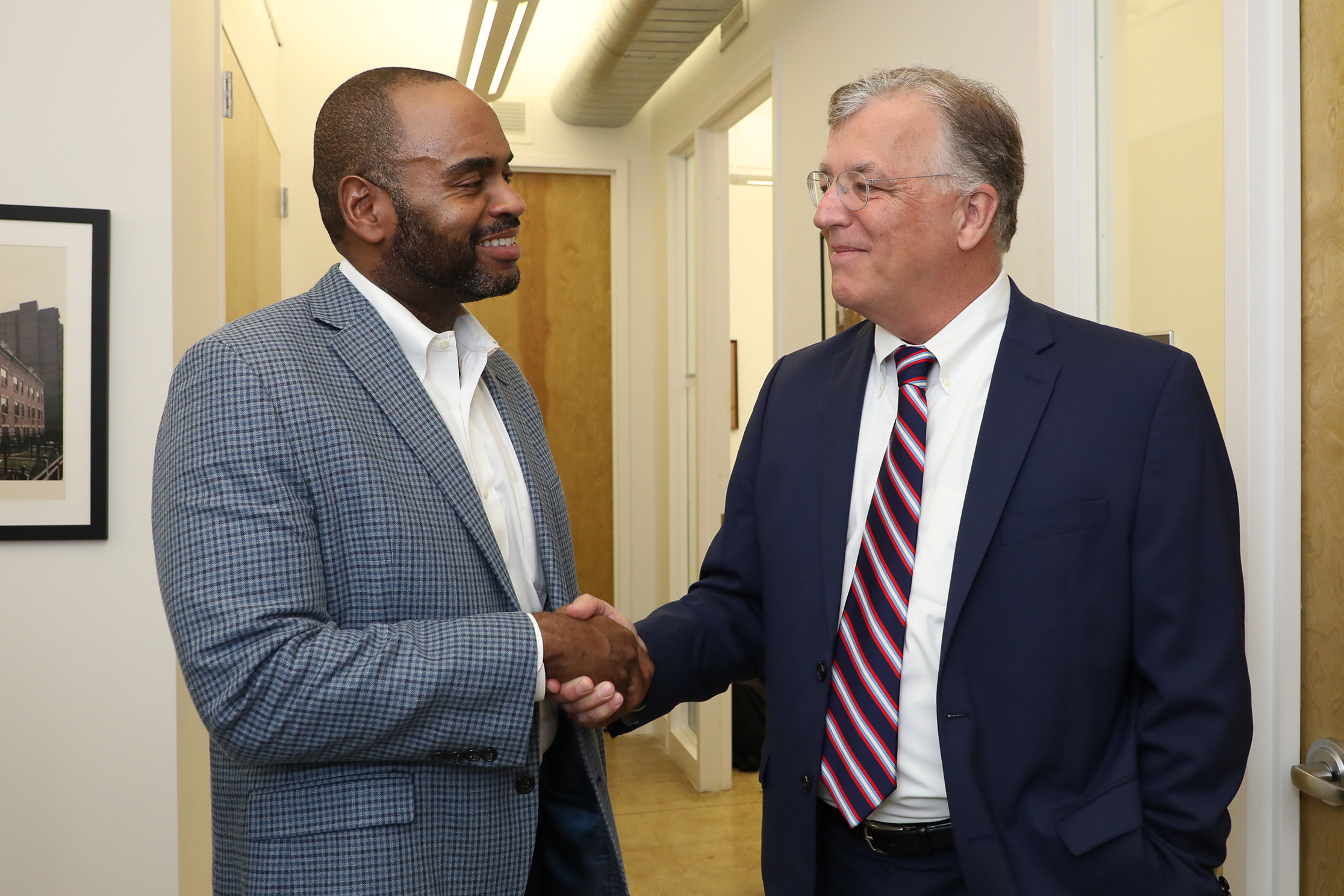 From left: Jamie Smarr, incoming President and CEO and James Hedden, Board Chair

by James Hedden, Board Chair

The Board of Directors has named Jamie A. Smarr as President and CEO of the NYC Housing Partnership.

He joins the Housing Partnership from the NHP Foundation where he led the non-profit’s Affiliate Program, which seeks joint venture affordable housing partnerships with other not-for-profits and community-based organizations.  He was also involved with the NHPF acquisitions program. Jamie has helped create more than 2,500 units of affordable housing through public-private partnerships in his public service career.

At the NHP Foundation Jamie worked closely with the financial community, CDFIs, equity funds and foundations in support of affordable housing development. He actively marketed affordable housing creation and preservation initiatives to policymakers and influencers, financiers and elected officials and he sustained the mission and business operations of the Foundation.

His experience also includes 11 years as Executive Director of the New York City Educational Construction Fund (ECF), which engages in public-private real estate development partnerships for the New York City school system, where Jamie served five NYC School Chancellors.  During this tenure at ECF, he was responsible for the creation of 3,000 new school seats and over one million square feet of new residential and commercial space in New York City.

Earlier he served as Director of Tax and Zoning Incentives for New York City’s Housing Preservation and Development Department.

Jamie holds graduate degrees from Columbia University and Harvard University and received his Bachelor Degree from Duke University.  He is also a Woodrow Wilson Public Policy and International Affairs Fellow, having completed the fellowship at Princeton University.

We look forward to Jamie continuing and expanding the Housing Partnership’s vital role in facilitating the creation and preservation of affordable housing in New York City.

As he reaches out to HP stakeholders in the days and weeks ahead, we believe you will enjoy meeting him and will be impressed by his energetic approach to fulfilling the mission of the Housing Partnership and expanding our legacy of creating and preserving 70,000 units of affordable housing over the past four decades.

Back to all articles