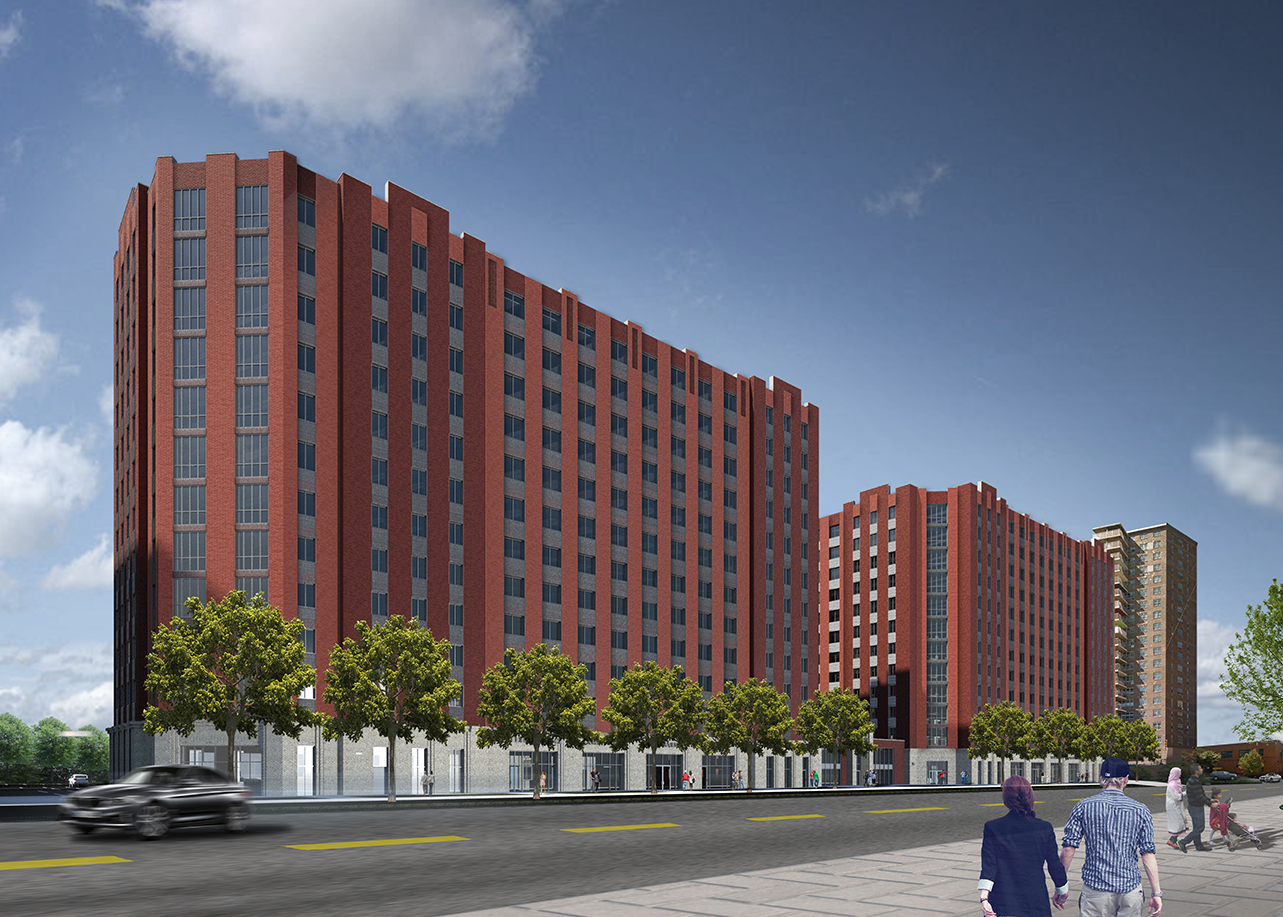 Story Avenue is a mixed-use project in the Soundview neighborhood of the Bronx developed by a partnership between Nelson Management and L+M Development Partners, Inc. and the Housing Partnership as the non-profit partner. Designed by Curtis + Ginsberg Architects, the project will bring 435 units of low, middle income and senior housing to the Soundview neighborhood of the Bronx.

The project will be constructed on the northern end of the existing Lafayette-Boynton complex containing four former Mitchell-Lama towers. The development will reconfigure existing parking and landscaping, replacing underutilized and deteriorating green space. The complex is located adjacent to Soundview Park, which has recently received substantial city investment, and will complement the area’s recreational landscape. A new central greenway will be constructed on the site and is anticipated to include new lawns and trees, bioswales to improve drainage of the property, two separate playgrounds designed for toddlers and older children, walking paths for residents, community gardens, and other programmed spaces.

The project will consist of two buildings that will frame a grand entrance and are designed to pay tribute to the Art Deco style famous to the Bronx. The building segments extending south into the site will gradually step down towards the southern exposure allowing light further into the central pedestrian pathway, creating residential terraces and enhancing the views from the existing buildings. Each new building will have approximately 240,000 square feet with the west building providing 223 units and the east building provided 212 units. The project will exceed the Enterprise Green Communities minimum standards.